An average ski season for a professional athlete is all about flow. It takes an ungodly amount of nerve and skill to ski at a level to be on the top of the sport. Winters might begin with early season days at one’s home mountain with family and friends with time (to spare). Time is spent on honing in new gear and becoming comfortable on skis all over again. It can be a frustrating process; with memories of last season’s accomplishments still fresh in the mind, it’s a process the requires patience. Filming doesn’t really kick off until mid-January when the snowpack thickens and the first significant storms of the season begin to make landfall.For Dash Longe, his year of filming with TGR started on a long drive from Salt Lake City to Williams Lake, British Columbia in order to meet up with fellow shredders Nick McNutt and Tim Durtschi. The plan: spend ten days exploring the relatively unknown terrain surrounding Silvertip Lodge. 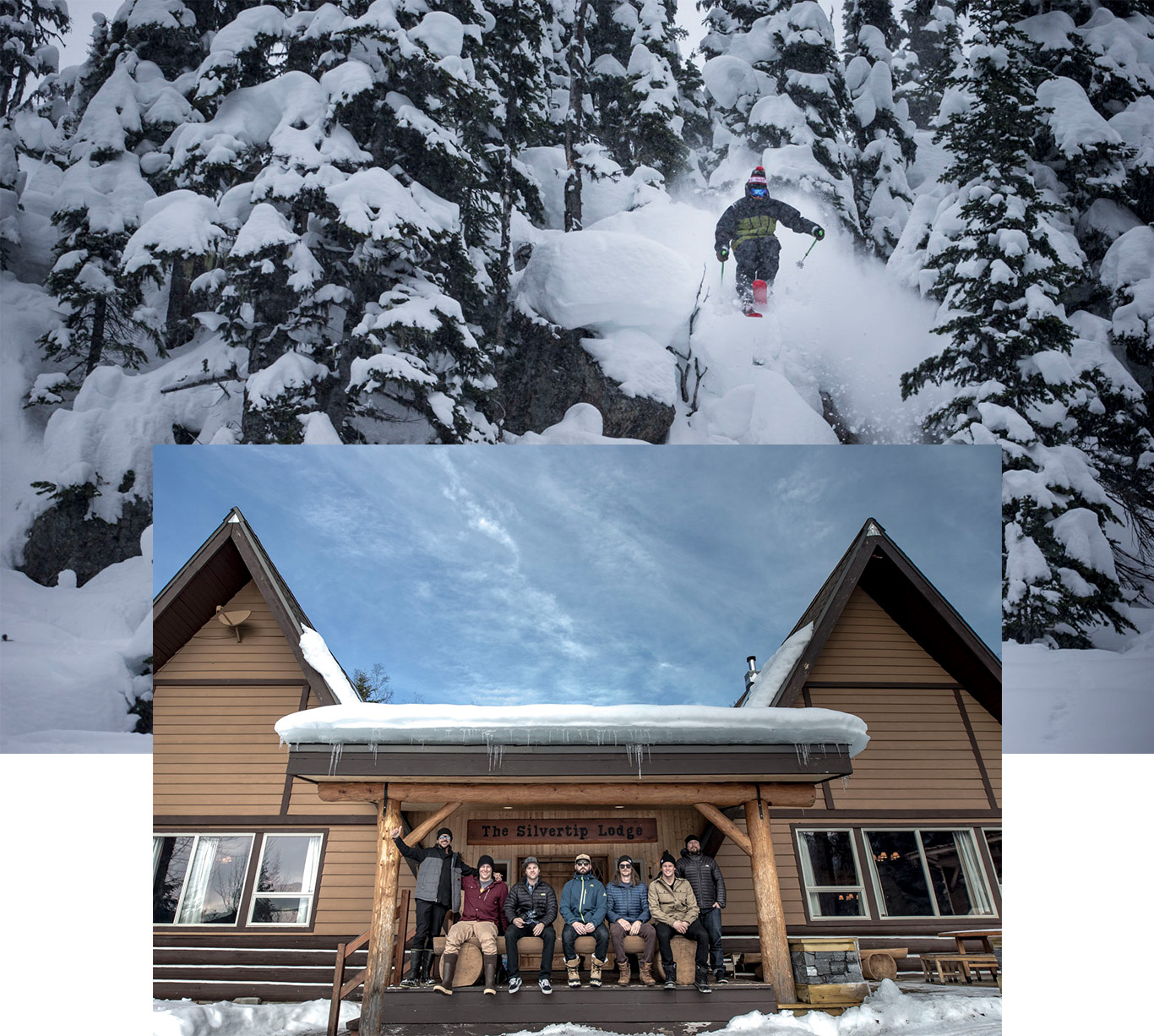 Even for a seasoned pro skier like Dash, this trip was different, as it was an entirely new location. “I’ve filmed in a ton of sick locations in British Columbia and have been to a lot of cat and heli operations. Silvertip is definitely one of the more unique, isolated, desolate places I have skied. It’s in the Caribou Mountains, located on the far east side of Lake Quesnel. You stage out of Williams Lake, a small town that is still about a 40-minute helicopter ride from the lodge.”

Silvertip Lodge has an interesting history when it comes to skiing. It used to be a CMH heli-ski operation until about ten years ago when the company decided to close it down. Its only function since then has been serving as a fly-fishing destination in the summer. Recently, it has come under new ownership with the idea of transforming this fisherman’s paradise into a skier’s playground. 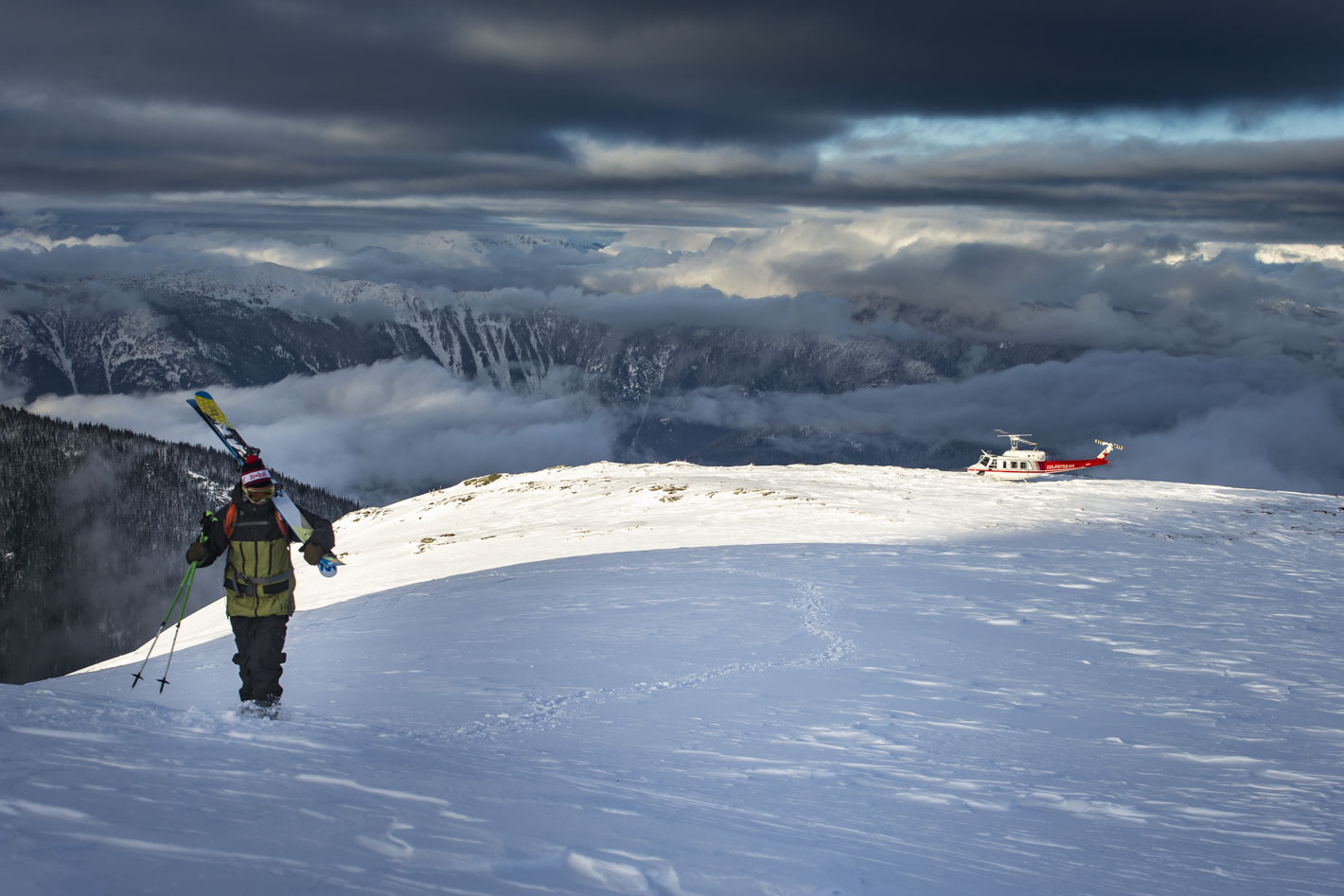 Silvertip’s remote location, however, makes this goal much more difficult. According to Dash, “You can see that people spend time out there maybe in the summer, but most of this is logging roads. On some parts of the lake there are small cabins, but for the most part flying out there, you are heading into these pristine beautiful mountains in the middle of nowhere. It’s really a lot of work for them to get food and supplies out to the lodge. It’s a major process.”

TGR athletes are professionals not only in skiing and riding, but also in navigating and exploring remote areas that are unfamiliar to them. We now live in a world where a ton of ski terrain has been thoroughly explored. The unknown element of the Silvertip area is exactly what made this trip unique. 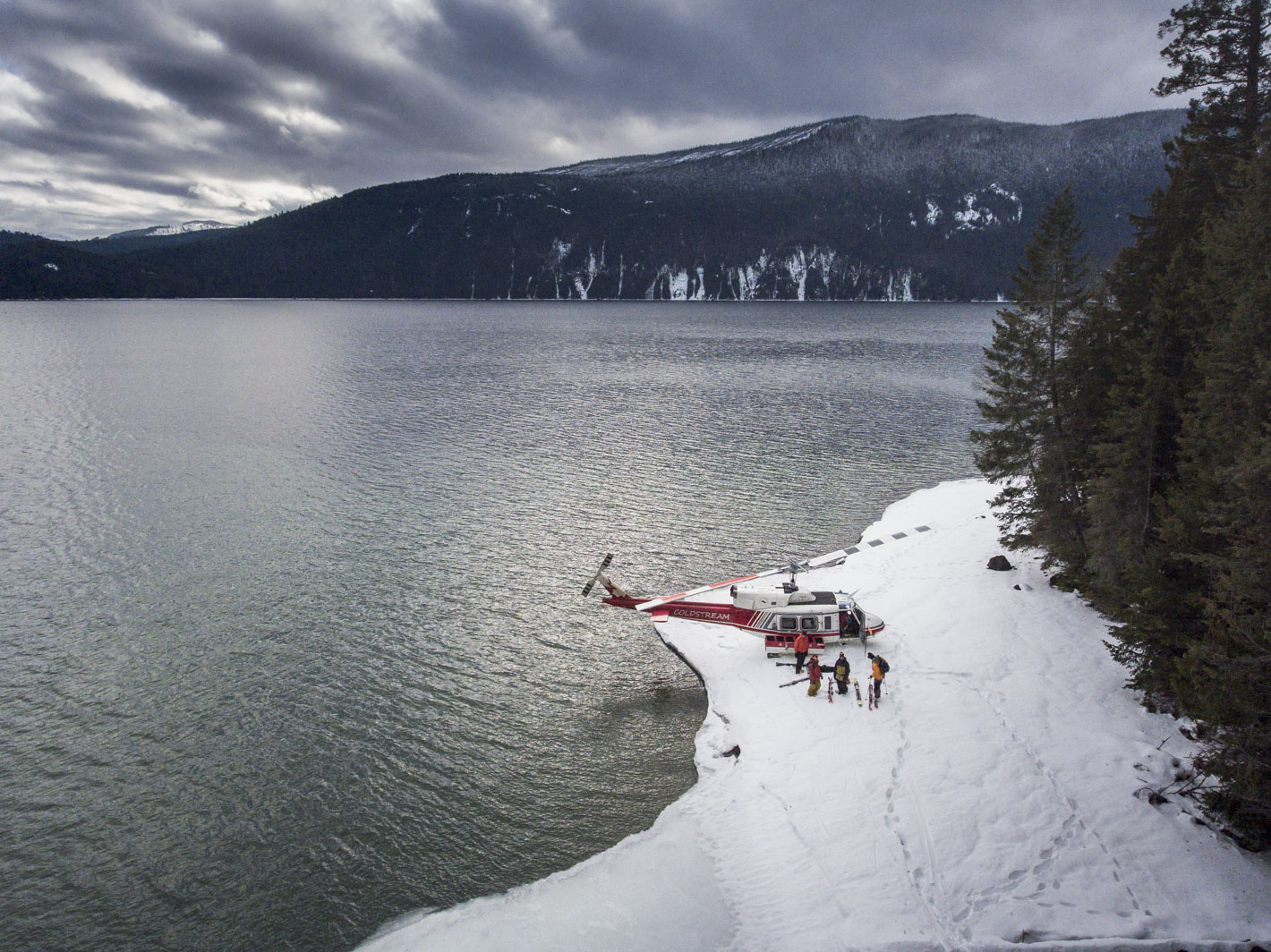 “We often go to new places that are foreign to us. Maybe one of the skiers has been there before, which can be really helpful. Usually, we are going to places where we have seen footage from or they have worked with film crews before. Oftentimes, it’s later in the year where the guides have a better understanding of the snowpack and what zones they are more comfortable with to bring a crew like ours. This trip was definitely unique in the fact that the main proprietor and the lead guide knew the terrain well in the summer, but it was fresh ski terrain for him.”

It’s when this lack of local knowledge occurs that the skill sets of seasoned vets like Dash are the most useful. “A typical trip starts with laying out the land and heading out in the helicopter and accessing. This is where you get the best idea of where you can film because you get a sense of light and where it is during the duration of the day.” Good light is a valuable and often rarely seen resource when filming skiing, creating dramatic contrasts that make both for better footage and easier skiing. Without it, it’s often like driving at night without headlights. 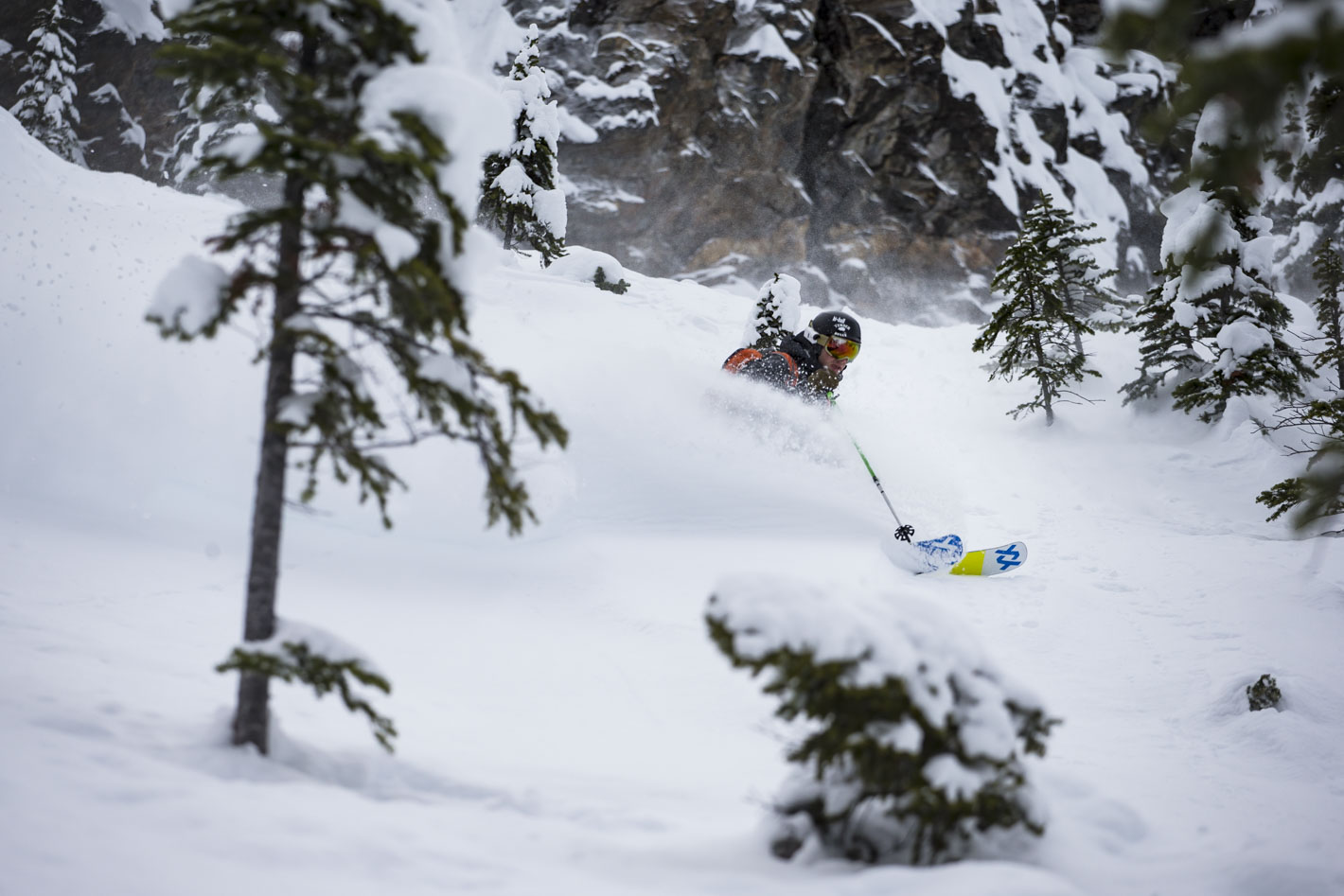 Some trips turn into a perfect dream when conditions, lighting, and snow all align to create a beautiful cocktail of stoked skiing. This trip, however, was not one of those times. “We saw some really cool terrain and it’s clear that Silvertip is epic. I think the biggest setback as far as skiing it was weather and avalanche conditions. We had cloudy weather a lot, which is pretty indicative of that time of year. The days are shorter and there are a lot of storms. You can’t really predict that stuff.” 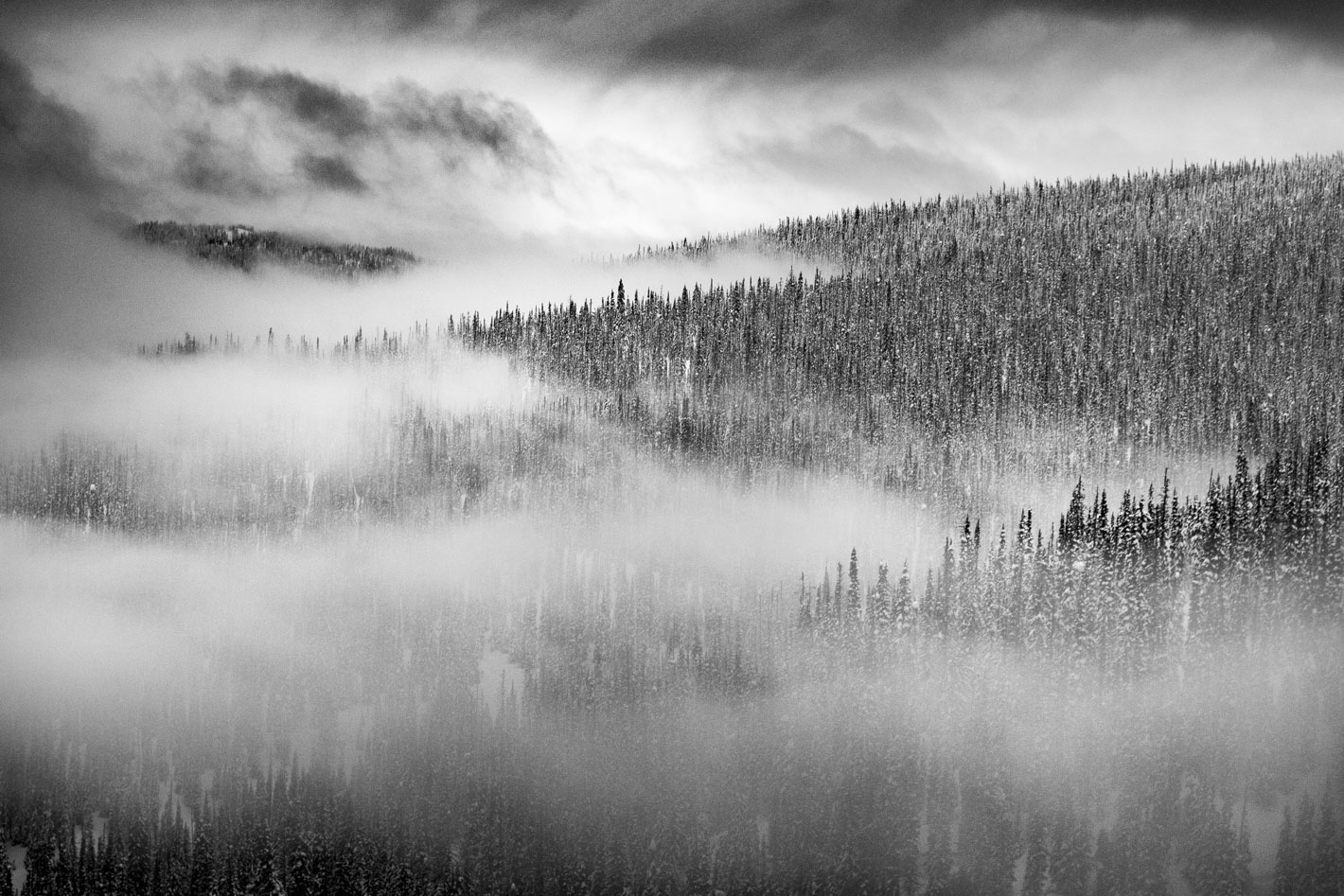 Fortunately, the crew was stacked with talent that can take advantage of this situation. A former winner of Powder Magazines’ Breakout Performance, Nick McNutt is one of the rare talents that can make any type of skiing look beautiful and effortless. “McNutt is great, he is super chill and does well in a wide variety of terrain. He can ski everything and make it look good, from the trees to huge AK walls. He is probably the most versatile guy on the crew right now. Durtschi has it all as well. He doesn’t quite get as techy on the smaller airs but is still insane. For me, it turns into helping McNutt and not hitting the same stuff when we are in the smaller zones. He can make things that are really small look really cool; he’s got all types of shiftys and tweaks. For me, I just need more mountain. It was a great exploratory mission to put that place on the map again.” 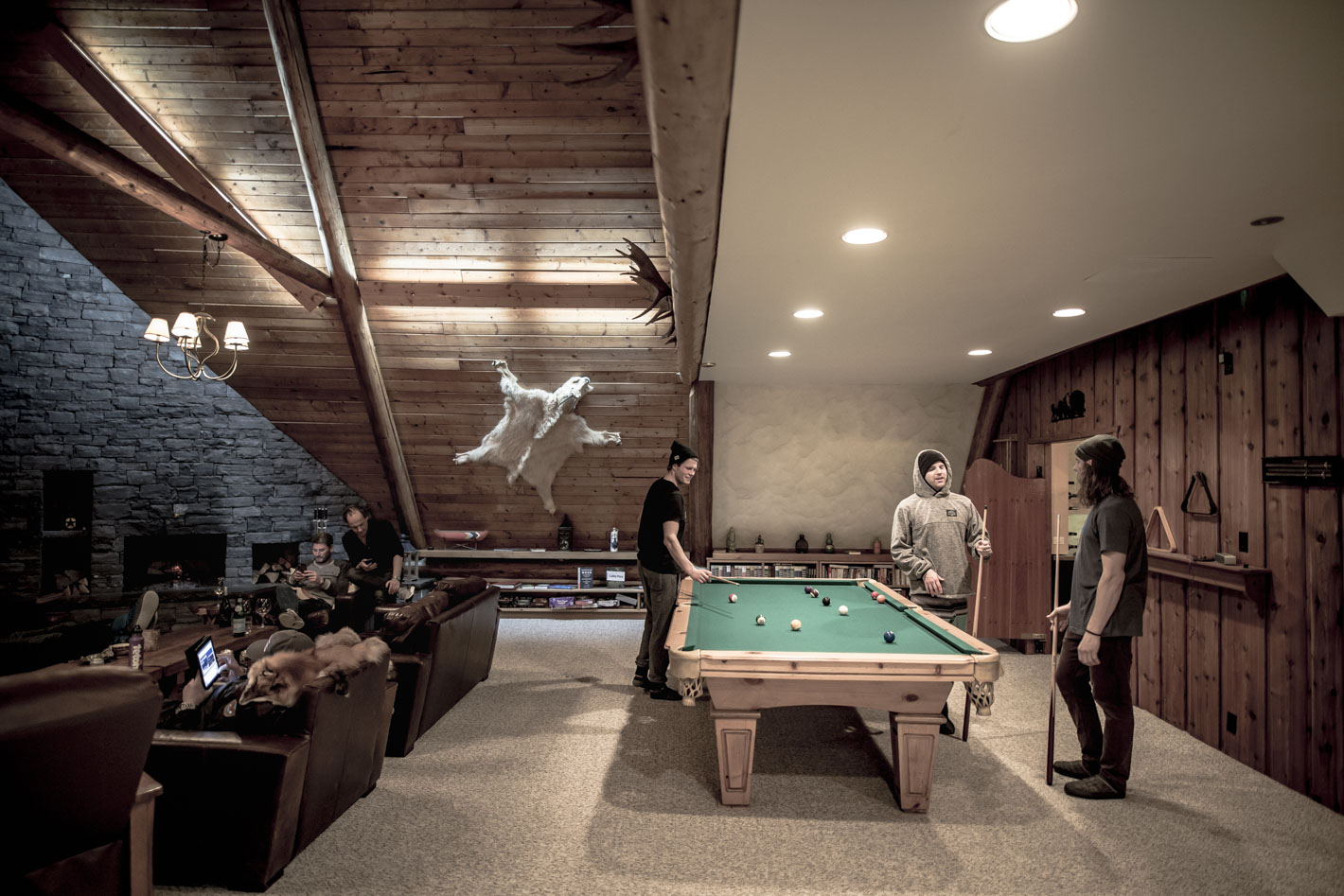 What is the moral of this trip? It might be difficult to pinpoint an exact reason for an outsider. No first lines were skied and the weather wasn’t up to par. What these trips end up being are seeds—seeds that sprout into fully fledged dreams that might not be ripe until years later. For Dash, there are still plenty of mountains left to ride and I can’t wait to watch the whole journey.

The Ski Experience You Dream About